"The second MaYun is coming from Bios, aiming for Chinese healthcare and food items."

As President-elect Joe Biden has pledged, pushing for a $2 trillion fiscal stimulus is likely to cost the dollar more than it is now, and to attract more money to emerging markets, including China. Don't miss the opportunity that the United States has created."

Ahn Yu-hwa, a professor of finance at Sungkyunkwan University's Graduate School of Chinese Studies, who is considered one of the top experts in China's economy and finance in Korea, said in an interview with the Chosun Ilbo on the 25th, "The factor that could have the greatest impact on the Chinese stock market next year will be the U.S. fiscal and monetary policy." Ahn served as a researcher at financial institutions such as the Korea Capital Market Institute and the Korea Securities Depository, and is an advisor to the Chinese team in Yulchon, a law firm. Professor Ahn plans to give a lecture on the theme of "Will Chinese mythology continue: Post-Pandemics Chinese Financial Outlook" at the 2021 Korea Financial Expo, which will be held from April 4-5. 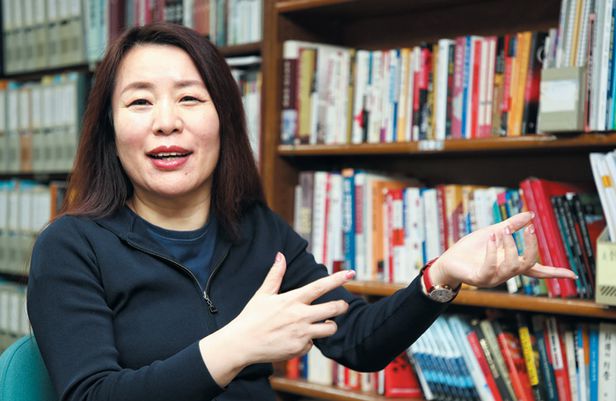 China and South Korean companies seeking to strengthen domestic demand may face a crisis.The Central Committee of the Communist Party of China announced its plan to overtake the size of the U.S. GDP by 2015 at the 5th plenary session held last month, suggesting a "two-cycling" strategy such as expanding domestic consumption and self-reliance in technology. Its main goal is to develop technologies in future industries such as semiconductors, 5G, artificial intelligence (AI), and Internet technologies and produce related parts on its own.Professor Ahn said, "This proposed strategy means that China will localize the entire industrial ecosystem regardless of hardware and software," adding, "Even if the U.S. cuts off trade after 2015, China's national safety will not be shaken." "Most Korean companies, except for a few large companies, are still lacking in global competitiveness, and if China strengthens domestic demand and increases its technology self-sufficiency, it could be a major crisis for Korean companies that have supplied intermediate goods parts," he said. "We should not be afraid of competing abroad, but we should improve our weak constitution even now."How will U.S.-China relations develop when the Democratic government in the U.S. takes office? Ahn predicted that if the Trump administration used a "mongie" operation, the Biden government would use a "non-martial" operation. The Trump administration has dealt a blow to China, including tariff sanctions and the removal of Chinese companies, but the Biden administration will strengthen ideological solidarity with its allies by emphasizing environment and human rights, and gradually pressure China with economic and trade cooperation. "The Biden government wants to hit China like the Trump administration, but it will not want the U.S. to get hurt," Ahn said. "There is a possibility that the Biden government will bring back the Trans-Pacific Partnership (TPP), which was scrapped after the Obama administration tried to keep China in check."The promising sectors in China next year are 'Bio'China's Shanghai Stock Exchange broke through 3,500 units in January 2018, but fell to 2,400 units in January 2019 due to deepening U.S.-China trade conflicts. Now, the stock market has recovered and is fluctuating in the 3,400-point level. Professor Ahn said, "If the U.S. economic stimulus measures release the dollar further and the Corona gradually subsides, the Chinese stock market will have a chance to rise one notch further."Professor Ahn cited the bio and pharmaceutical sectors as promising industries in China that should be noted next year. "The value of health has been highlighted and interest in quality of life has rapidly increased among Chinese people due to the Corona crisis," he said. "It is highly likely that investments will be made in various health-related areas such as health care and health food." "The second Marwin (chairman of Alibaba)" will come from the bio sector. On the other hand, IT companies such as Alibaba, Baidu, and Tencent, which saw their share prices rise sharply this year due to the untact craze, said, "They are all entering the financial industry, but as Chinese authorities have recently begun to regulate their monopolistic status, stock prices will not rise significantly."Ahn advised investors interested in the Chinese market, "First of all, studying about China should precede." "China's political, social, and economic structure is quite different from Korea's, but many people are trying to invest in the situation where they lack understanding of it," he said. "We need to develop a habit of buying a good book on China first and reading and studying."